Comox Valley United’s Competitive Stream is for all players aged U12 - U18 that want to develop in a performance based program that will allow them to compete versus other Upper Island & Lower Island competition.

To be a leader in grassroots sport best practices

To provide opportunity and promote the enjoyment of, a passion for, and participation in, the sport of soccer.

Programming is for all boys & girls who can & want to commit to a full time competitive soccer:

The program is split into 3 unique phases of competition & development:

Phase 1 - September - December: (Development phase #1) consists of games vs LISA & UISA Clubs.  Includes all U12 - U18 teams.  End of December - early January - Program shut down for the Holidays & New Year

The end of the Jan to March phase will consist of a Play-off tournament called the Island Cup sometime in March for all teams in the development league.

Phase 3 - April - June: consists of a combination of travel league play, tournaments, jamborees and exhibition games.  Includes all U14-U18 A Cup players.  U12 and U13 Players do not participate in Phase 3.  They are encouraged to play in the VYSL.

Players placements happen in the Spring.  Click the Placements tab above for more information.

Once placed, players will be expected to train twice a week (starting in September) and be available to play on Sundays throughout the season.  They will travel to other communities as well as host teams from other North and South Island communities as part of league play. They will also participate in both Provincial and Island Cup play downs.

Parents will be expected to volunteer with various aspects of the teams' participation in league play. This could mean taking a turn at putting up and taking down nets or assisting in the lining of the field for home games etc.

For more information contact our Director of Soccer darrin@cvusc.org.

They will also participate in both Provincial and Island Cup play downs. Teams qualifying for Provincials will play until July.  Phases of play are described under the Information Tab.

U12-U13 Divisions (8v8 game format) 2-4 teams per division.  Will have multiple teams per division.  Each team will be formed using a flexible approach by understanding the identification & placement of players in these ages is tough due to many children still being in the childhood stage of their development.  However competency of each individual will still form a vital tool in placing players & forming our super 8 teams.

Team will be formed using the relative skill of each individual (technical ability with the ball), potential positional needs of the team to ensure team balance, and commitment level of individual players (eg. A multi-sport athlete may be more suited to one team versus another)

Depending on player numbers and other factors, U14+ teams will be balanced or tiered

Players will be exposed to all 4 corners of development (Technical/Tactical, Physical, Psychological, Social) based on their age and stage of development.

Update: May 2021 - Upper Island Soccer and Lower Island Soccer are currently restructuring soccer programming on the Island.   Cup Play could be affected depending on the results of the program changes.  This page will be updated once final cup play is determined. 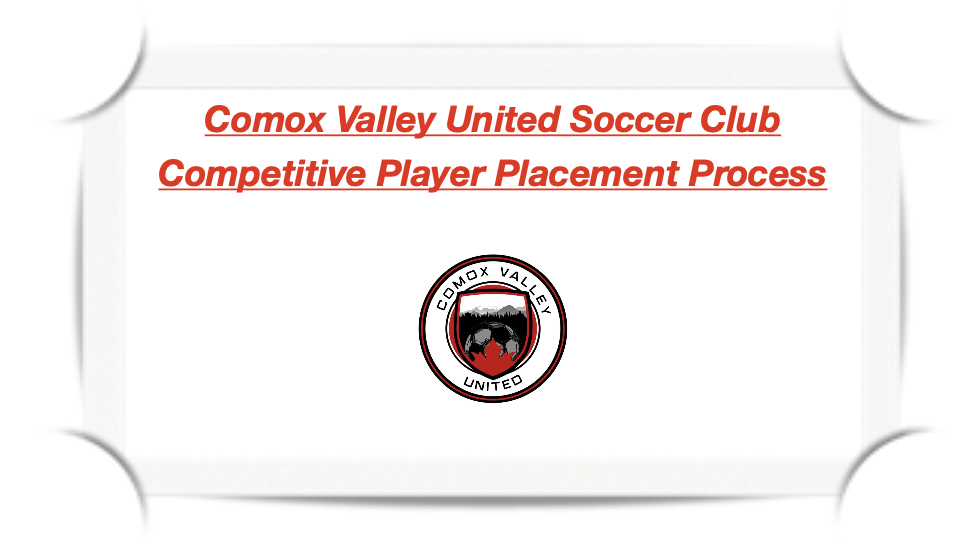 *CVUSC is committed to keeping as many players playing as possible and placing players in the most appropriate environments. This being said, please be aware that there are various constraints and team formation requires numerous factors to be considered.

Registration will open mid April for the 2022-2023 Select Season.  CVUSC will field teams to play in the Upper Island Soccer Association Leagues in September.

All players must register to be considered for the program.  Registration will closes by the end of June 25.  More information can be found here: Registration Information.

Questions can be directed to the club's Technical Lead adam@cvusc.org